We are a practice of five partners, four salaried GP’s, and a GP Registrars in training.

In addition, we have many other practitioners working from the surgery: Advanced Nurse Practitioner, Pharmacist, Practice Nurses, Health Care Assistants, Midwives,  and a Drugs and Alcohol therapist. District Nurses and Health Visitors are located in a neighbouring building but work in close partnership.

Our practice area covers the eastern part of the city and surrounding area and includes Cowley, Headington, Littlemore, Rose Hill and Blackbird Leys. 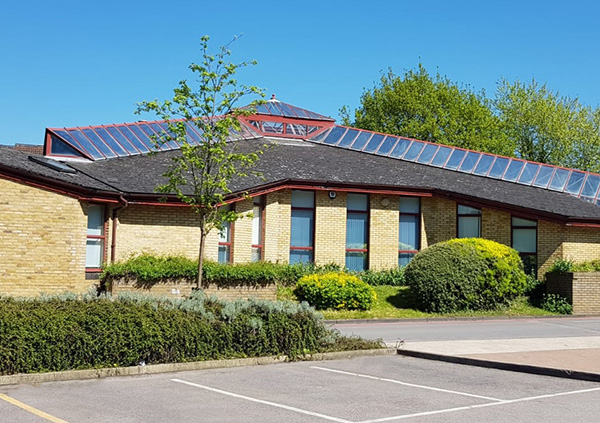 A wide range of social and ethnic groups are represented. Translators can be booked for most languages.

Approximately half our patients are students at Brookes University and consult with us at the Medical Centre on the Gipsy Lane campus.

Before 1966 Dr. Ian Neill and Dr. Mike J.V. Bull were in practice at 217 Iffley Road. The house is still there, although altered considerably. Some of our older patients will remember it. In that year they moved to the newly constructed East Oxford Health Centre. This had been an initiative of Dr. John Warin, then Oxford’s Medical Officer of Health. They were soon joined by Dr. H.D. Leggatt, who had previously been in practice in London Place and before that in Longwall Street.

During the years the partnership was based at East Oxford Health Centre there was a rapid growth in numbers of patients (from about 3000 in 1966 to 13000 in 1990) and in the services provided. Appointment systems, minor surgery, child health surveillance, contraceptive services, maternity care, diabetic clinics, cervical cytology screening and preventive health checks are among the services that were developed and expanded during these years.

St. Bartholomew' s Medical Centre was planned by the partners to provide a high standard of accommodation for a six-doctor practice with all the ancillary services and personnel which are essential for modern general practice. The new premises were completed in 1990. Further extensions were added in 1993.

Since the practice came to St Bartholomew's Medical Centre change has been continuous. Dr. Bull and Dr. Taylor both retired and were replaced by Dr. Ann Bevan and Dr. Alison Fairley. Dr. Marsden resigned in 1999 and has been replaced by Dr. Hanif Rahim. Dr. Rachel Butler joined the partnership in July 2000. In September 2001 Dr. Jeanne Fay joined us following the retirement of Dr. Browne. We were joined by Dr. Hana Harvey in 2005 who was a salaried doctor. Dr Butler sadly departed for a warmer climate in December of 2005. Later Dr. Kathy Hoffmann. first joined us as a salaried doctor in 2006 and subsequently became a partner. She left the partnership in 2008. Dr. Stephen Ross joined us as a partner in October 2007. Dr. Harvey moved to Botley Medical Centre in 2007.

Following the departure of Dr Hoffmann we have welcomed Dr. Sara Wood as a partner in December 2008. Dr. Wood was previously a registrar at our practice, but she has now relocated to the west of the country due to change in her personal circumstances. Dr. Tia MacGregor has now joined us as a partner from June 2011. Prior to that she was a long term locum here.Both Dr Stephen Ross and Dr Jeanne Fay have since left and have been replaced by a new partner Dr Mark Gould who joined us in September 2014.

The practice has continued to grow. Our patient list has increased to over 20,000 and has six partners, two salaried doctors and a large Primary Care Team. We also run the Medical Centre at Oxford Brookes University. This has developed from a small part time informal arrangement made by Dr. Leggatt in the 1970’s. We now offer full services there on a daily basis in semester time.